With a permanent as well as rotating annual exhibitions, the spacious grounds and Hotel Zum Oberjäger, the castle complex of today is one of Central Burgenland’s most popular excursion destinations.

The »newly built« Schloss Lackenbach was first documented in 1553, in a contract sealing the sale of Landsee to Nikolaus Oláh, Archbishop of Gran. This noble estate was not only used for commercial and administrative purposes, its location in the plain was far more comfortable and convenient than nearby Burg Landsee, which played a military role. With the marriage of Count Nikolaus Esterházy (1583-1645) to Ursula Dersffy, who had inherited the estate of Archbishop Oláh, the Landsee-Lackenbach demesne became a possession of the ambitious young nobleman in 1612. By 1628, Schloss Lackenbach had become the primary residence of the Esterházys and, due to Nikolaus’s investiture as Palatine in 1625, also the seat of the Hungarian Viceroy. In 1620, the castle had been the stage for an extremely significant event in the annals of family as well as political history – the Battle of Lackenbach: In the course of the clashes between imperial troops and Transylvania’s Prince Gábor Bethlen, the latter’s troops also penetrated the lands under Nikolaus Esterházy. Though the imperial army in relief as well as the brave peasants of Neckenmarkt came to his aid, it was ultimately the intrepid sortie of Habsburg-loyalist Nikolaus which broke and ultimately ended the siege. The architecture of the castle grounds is consistent with the Renaissance ideal of symmetry. Evident to this day in the lines of the fields, avenues, hedgerows, ditches, pathways as well as the surrounding walls and the arrangement of the trees in the meadow orchards. Its state of preservation is quite unique for a Renaissance manor; this applies both to the scattered orchards with old and very rare fruit trees from the 19th century, and the »Königshügel«, created from piled soil in the 17th century. 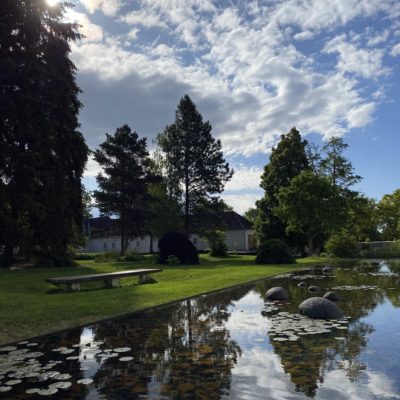 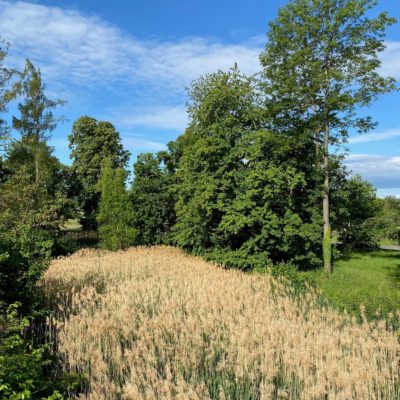 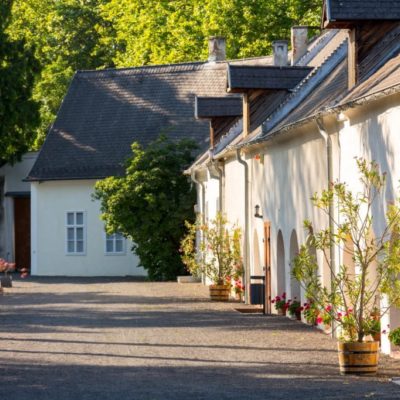